Gold bars have existed since the days when Romans were rulers of the world.

In those days, what are commonly called gold bars today, were then called gold ingots. They were made by pouring molten gold into clay molds. Historians say Casellius Bassus told the Roman Emperor Nero he knew where there were 'immense stores of gold' in rude, shapeless ingots not wrought in gold coins.' Bassus never found those gold ingots.

But, this implies there may have been gold ingots and bars in pre-Roman times.

Today, most of the gold mined in the world comes from Africa. However, as recently as the 18th century, the world's foremost gold producer was Brazil.

According to literature from that period, gold was mined there, poured into molds, made into bars, and shipped to London.

Historians say official gold reserves were first created by The Bank of England. The gold bars' sizes and purity were not mentioned.

The literature just talked about its total value in bullion. The gold was then minted into what was at the time standard gold coin currency, guineas.

When gold became scarce at the close of the 18th century, it was used by countries to finance military operations or exported.

It's nearly impossible to know exactly when 400-ounce gold bars became the standard size. It seems to be as early as 1750, according to the 'History of London Gold Delivery List 1750 to 2010' written by Stewart Murray and Timothy Green.

The Bullion Office of the Bank of England only accepted 916 fine, 200-ounce' crown gold' gold bars from one refiner in 1810.

That was Browne and Brind. In early 1938, minutes from the American Philosophical Society's proceedings describe a scientific experiment using steam to conduct electricity. They mention using a 400-ounce gold bar in one of the experiments.

Prior to that, in 1890 Arthur Horseman Hiorns wrote about receiving 400-ounce gold ingots from the Bank of England in 'Mixed Metals or Metallic Alloys'.

An 1891 reprint of the New York Herald's London edition describes the Bank of England's vaults as containing many 400-ounce gold bars.

An article printed in a 1949 issue of Merchants' Magazine and Commercial Review mentioned medium-sized physical gold bars that were 6 x 3 x 1.5 inches in size and weighed 275 ounces.

Some of the gold bars that were considered to be of the most important class were styled as pure gold and came from London and Paris and had the mark of a private assayer or the government. 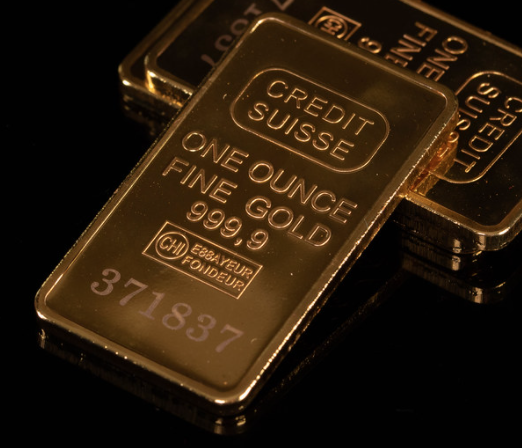 In modern times, with the development of the latest high-tech manufacturing methods, the gold bars that are produced have to meet very high manufacturing and minting standards.

The precision with which the gold bars are produced and the finish they have is much better than they were in the early days of gold bar production.

Even so, many people find old-style 'cast' gold bars very attractive. Plus, they are still very common, and primarily because of the quality of the gold they contain, as well as how aesthetically pleasing they look, old gold bars are highly prized by many people.

Research has shown that there is proof that gold bars have been produced for at least 270 years, not quite as long as gold jewelry.

Plus, there is anecdotal evidence that there may have been gold bars in Roman times or even before that time.

Records indicate that at least since 1810 the Bank of England and some private refiners were using 200-ounce gold bars.

GET YOUR FREE INVESTING GUIDE NOW